The name barbet , which for three centuries was given to all the setting dogs with long hair, was replaced since by that of caniche, so the origin of the name is obviously duck. For a long time cane [male duck .fr] indicated the male barbet , and caniche the female. But the barbet is not a poodle, the blind dog. In certain aptitudes for hunting, the barbet has a little of the spaniel and the griffon, and much of the poodle by its aspect and its conformation. Like the spaniel, this dog originates from the sheepdog of the north. Over time, crossings and the climate, the barbet became what it is nowadays. I do not believe that the breed is well fixed; what causes me has to think this are the differences that one frequently finds in it. At the Dog Show of 1863, there was a prime barbet, Lowe owned by Mr. Favre. This dog had a head which slightly resembled a small Newfoundland, only the ears were longer and were covered with wool, but the muzzle, a little longer, was almost bare; long hair did not cover the eyes, as is found in almost all barbets.
The barbet, such as I know it, is of average size, strong enough to bring back a hare; its body, is entirely covered with long wool which falls down in front of the eyes. The ears are long, less long however than those of the poodle; though very squat, it is higher on legs than the poodle. The foot is large and broad. The eyes, set round in the head, when one sees them under the hair which hides them, have a strange expression which reveals much intelligence and kindness. I have never looked at the eyes, so full with devotion, of a poodle or of a barbet without feeling attracted towards him, without stroking him. 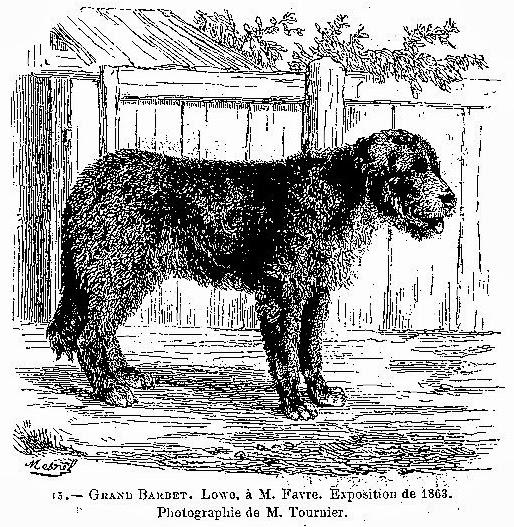 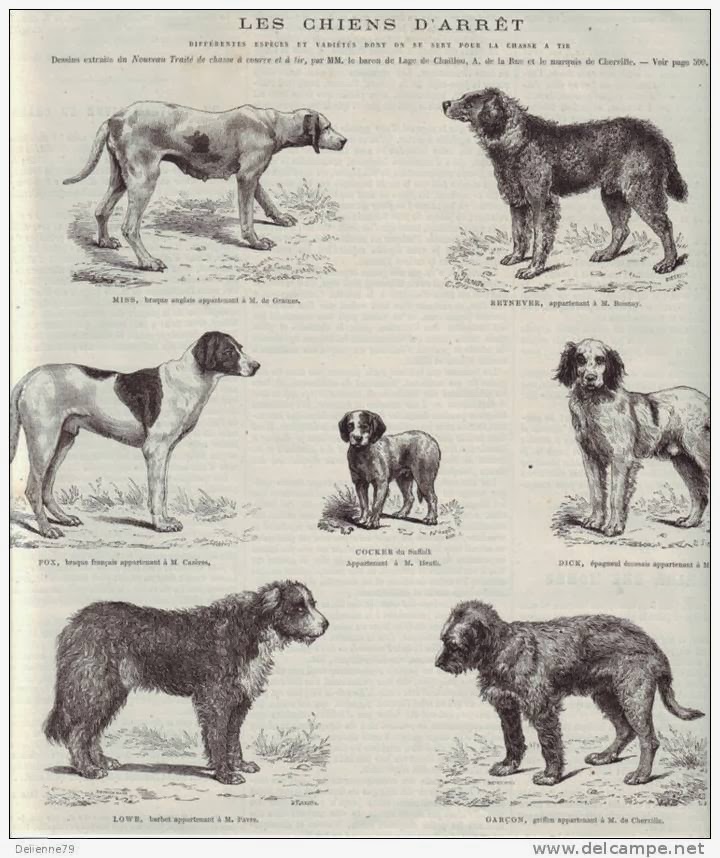