Martha taking the role of a gundog 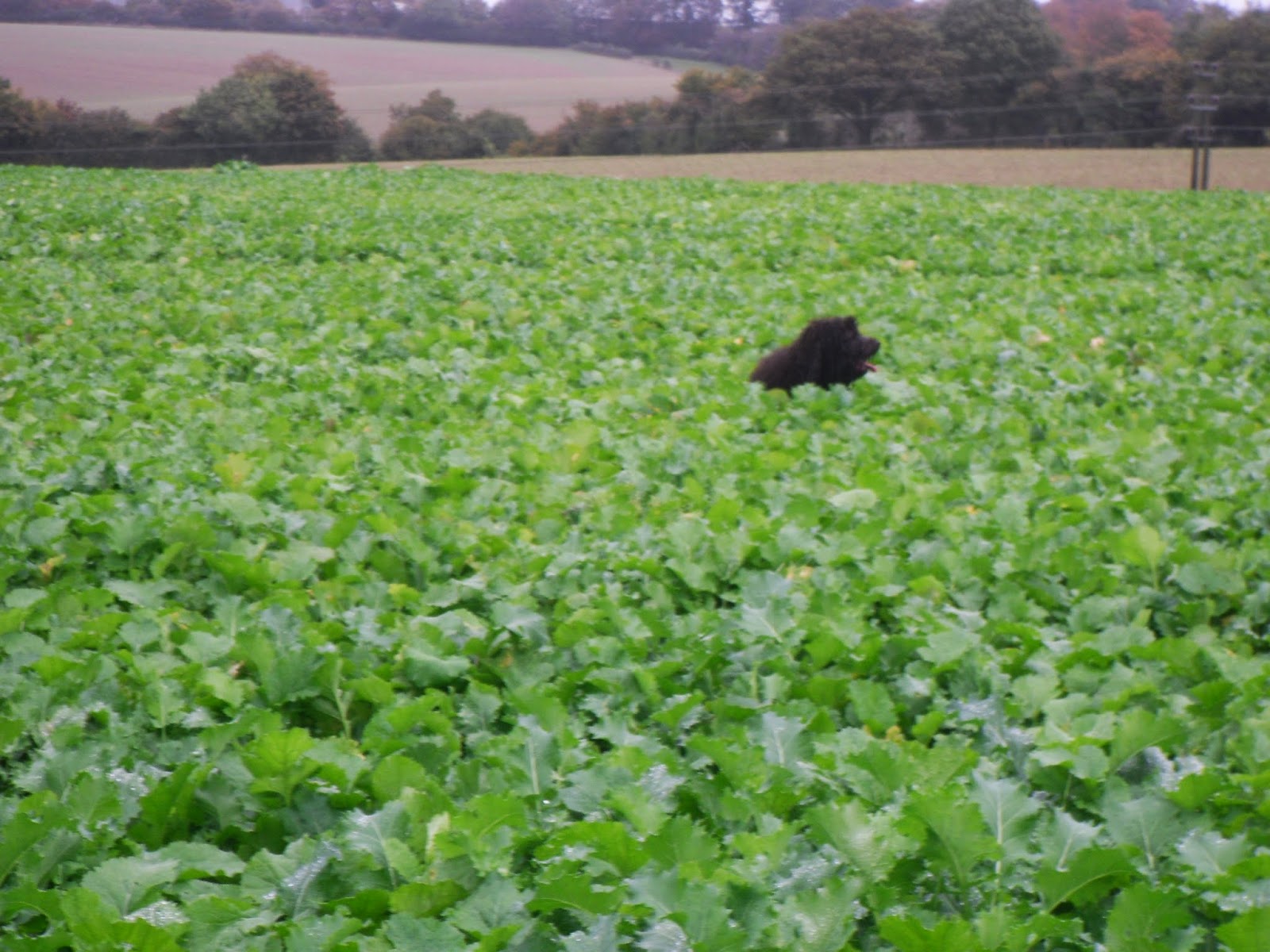 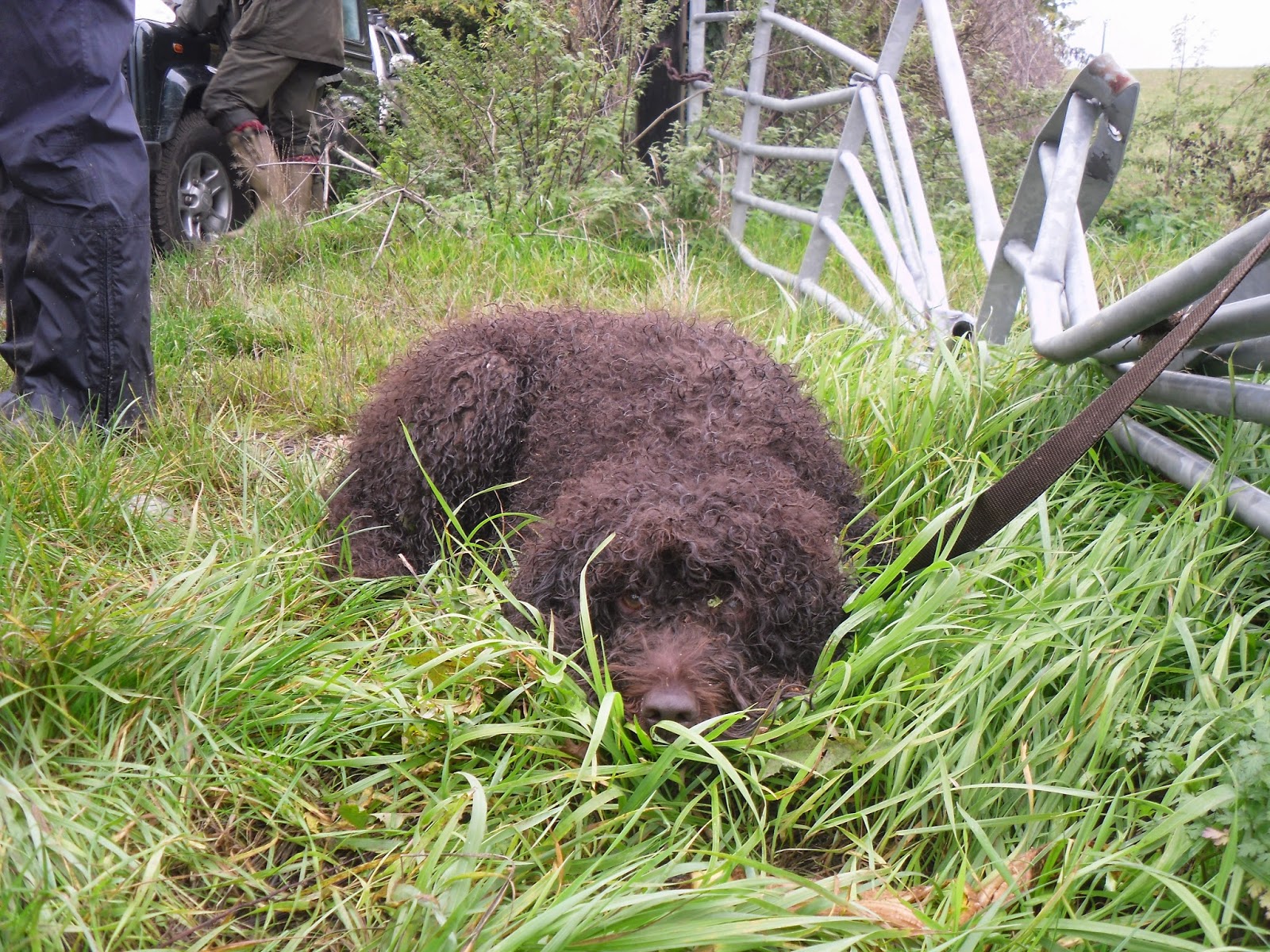 We don't do character checks in the UK (yet) but it did get me thinking about how a days beating on a shoot with a dog is a real test of character.
On small shoots you will sometimes get children, some are as young as 18 months milling around at the start and finish but often messing around with the beating sticks.
The dogs cannot be gunshy, but they also have to accept that people have either flags that they wave or they have sticks which they use and bang on trees.
Dogs have to be very obedient, they have to have perfect recall, it only takes one badly behaved dog to ruin a drive.
On Saturday we travelled between drives in a landrover, Martha had to jump into the vehicle  (which is a fair height) into a space that she could sit in, but not turn round in, 4 adults and 1 dog is a squash to say the least, you just about get the door shut.
Martha has to deal with barbed wire, fences,gates, electric fences, cattle grazing, and normally running deer. Martha also has learnt patience, as you can stand in the rain for 20 minutes waiting for the guns to be ready.
Martha is a pleasure to take on the shoot, she has a good range and will always return on the whistle, she flushes the birds well and once flushed she will return to the cover.
She knows that the horn sounding means the end of the drive, and she emerges to locate us. I have to admit that on Saturday I was very pleased with her, as after one drive she was walking at heel, and then suddenly she turned and went back to the hedge we had passed, she froze at the hedge with her head down so we thought we should take a look......it was a young partridge sat there, not injured just hiding in cover. A clever girl who has been allowed to think for herself, my sort of dog. She didn't flush it, nor try and retrieve it, she just told us it was there......and the partridge will live to tell the tale of its encounter with a Barbet.
Posted by Wendy at 21:53

Martha and her friend Herbie 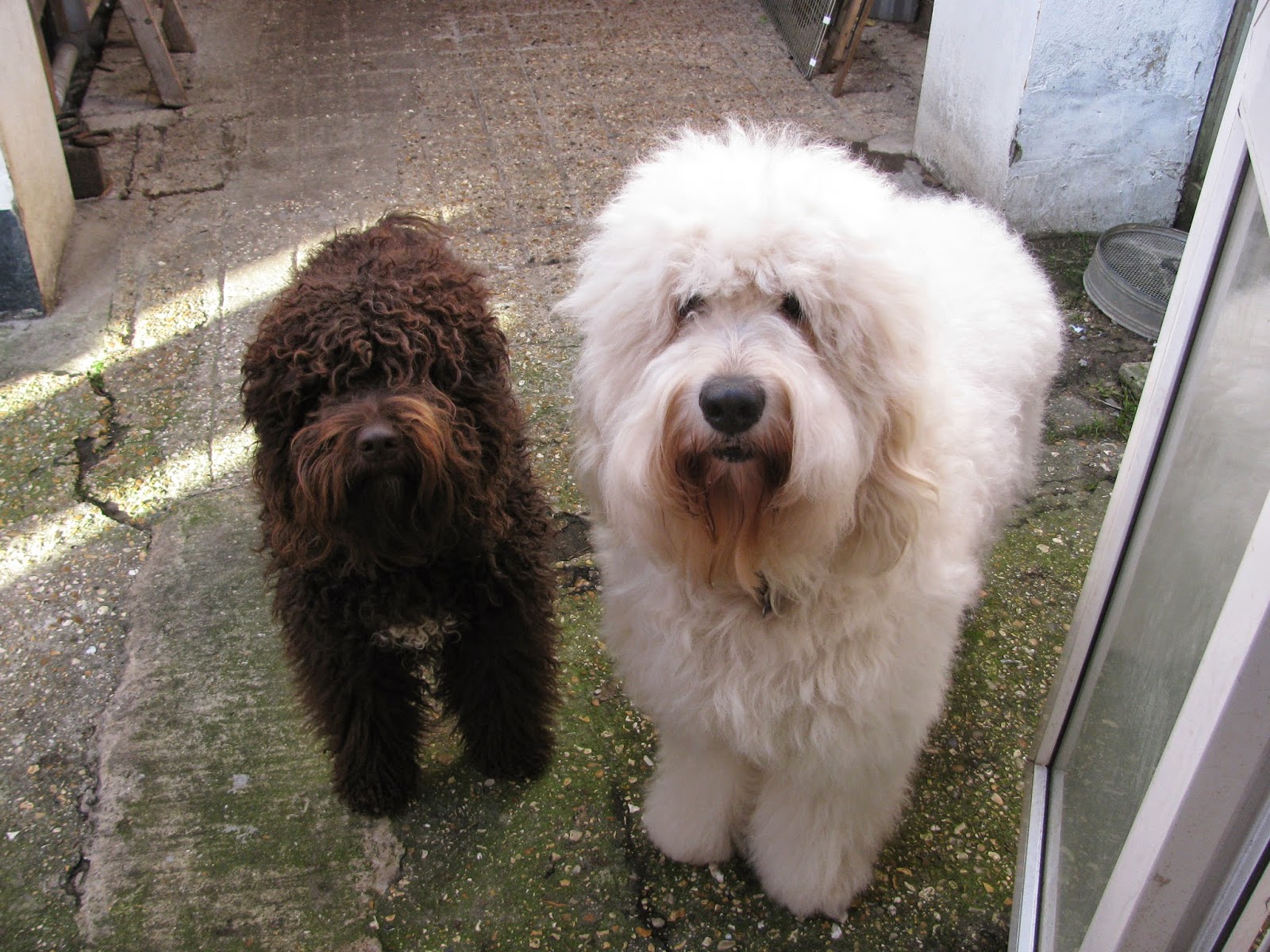 Don't tell Martha but I think Herbie finds Pi more playful, he is a lovely boy who is kept perfectly groomed by his owners and he gets his walks in the forest so how they keep him so white I cannot imagine.
Posted by Wendy at 21:10

It will be 4 weeks on Friday so we will be having Hallie scanned at the vets, the signs are good as she is very hungry and very tired.
On Sunday she had a photoshoot locally and she didn't join in the fun and games with Martha and Pi, these are all positive signs so I hope to be posting on Friday night the results.
Posted by Wendy at 21:07